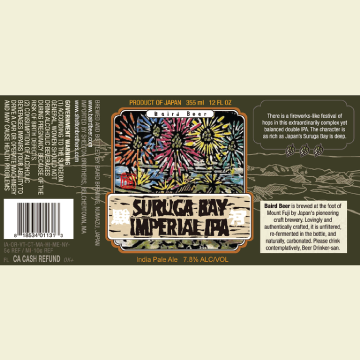 Bryan described to artist Eiko-san the flavor of Baird Beer Suruga Bay Imperial IPA as a ‘fireworks-like festival of hop character.’ Eiko-san’s label artwork depicts just that – a fireworks festival in which hops are colorfully exploding in the sky over the Suruga Bay.